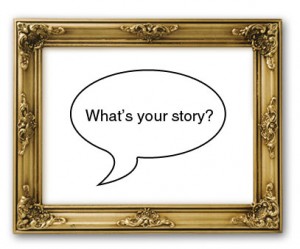 Peter Gubar, a Hollywood Producer, has written that “Telling a purposeful story in a business environment where vital information is embedded and grows organically in the narrative is singularly the best way to energise a product or service into a call to action. ” (As reported by Emma Jacobs in the Financial Times on Tuesday 27 September, 2011, in an article “Fables for Board Tables”.)

The idea that story and narrative have relevance to business is not new. What is a case study, after all, but a distillation of the essence of a business issue in narrative form. The history of a firm or product is a story to be captured, told and retold, often with the purpose of embedding cultural awareness in the minds of new recruits to a firm. Furthermore, how often do marketing departments proclaim ownership of the origination of a product story in the desire to communicate product and service benefits to consumers?

But story is more than this. It is more than a tool for operationalising aspects of the firm. Story is a strategic framework for making sense of a reality or, even, the creation of new realities.  I have written previously about the existence of narratives, myths and stories being a ‘fundamental feature of a social existence’. Insofar as the firm is a social structure, I argue that narrative, myths and stories are also a fundamental feature of business life. Those that command positions of responsibility in an organisation sense are a responsibility to understand story.

What is your businesses’ story? Can you tell it? Rewrite it? Sell it? Could you produce a new story if you had to? …One that engages beyond the boundary of the individual and the organisation itself, to the social structure that supports its very existence?