…a reflection on my experience of the London Screenwriters’ Festival

Looking back over my postings, I have been remiss. This is my first post in a long while… Shock, horror!  What shall I write about? 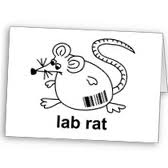 Well, the lovely Lucy V at Bang2Write and of the London Screenwriters’ Festival e-mailed me and my fellow Lab Rats (more of that in a moment) and asked: could I possibly write some feedback on my script lab experience, please?

Of course, Lucy, since you asked so nicely!

But, as I sit here writing this, I must reflect on the fact that one reason I have not posted much here of late, is that life gets in the way. …I have had plenty of other writing to do over this year – none the least a project I am working on now: a weighty tome of some thirty-two pages of “witness statement” for a tribunal I am in soon. …Some theatre!

It is a story – a narrative – based on over 500 pages of evidence, of what happened over a specific period; it has a beginning, middle and an end. It even comes with inciting incident, the fun and games of “the chase” and a resolution of many strands of intertwined sub-plots. Most importantly, to my mind, I am writing the statement knowing exactly who my audience is and exactly what reaction I want from them. If you are a fellow writer, does this sound familiar? 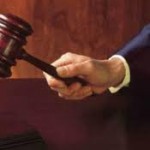 It’s not the first time I’ve written such stories. My ex-wife’s barrister complemented me on the strength of my narrative argument when he lost her case against me in a families’ court in the late 90s. Likewise, my ex-business partners’ solicitor complimented me on my case against them when he told the judge his clients had agreed to settle with me. …There was a smaller case, but that never got to court!

Each time I smiled, deep inside; I didn’t gloat. I shook the barrister’s or the solicitor’s hand and said thank you.

As I prepare for my third foray into defending my position – on principle, I must add! (I’m not really a litigious person by nature), I can reflect that two out of three is not too bad! I have crossed my digits! 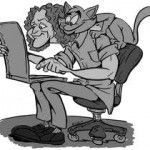 So, do I feel guilty that, after only some 18-months as a screenwriter, I have won places on three out of three of the London Screenwriters’ Festival Script Labs I have applied for? This, despite only having a portfolio of two spec features? …Not one bit, yer ‘onor! …I tell stories. 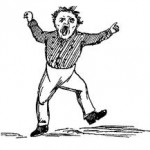 Well, more exactly, I write them… If you asked me to “tell” them, I’d lose control of my tongue and ramble incoherently like some deranged fool on a combined course of antidepressants and alcohol.

Two out of three?

I missed the first Screenwriters’ Festival in 2009. I have to “come out” and admit I wasn’t even a Screenwriter then… I was a part-time novelist! And a self-published novelist at that!

…And with only one novel to my name! …Oh! I did own a copy of the Final-draft screenwriting software, which I bought during the autumn of 2009, but after trying to reformat my short story Gloria into a sort of script-ish-looking format and ending up with less than twenty pages, I put it aside!

That is, until I lost my day job and in March 2011 and I decided I was going to enter a feature spec in a U.S. screenplay competition that summer. So I bought a copy of Blake Snyder’s Save the Cat! …and set about stretching my short into a feature.

I’m an impatient b****r. A couple of months later I’d got a full length feature; I edited like mad and then I fired it off to a couple of script readers, one in the US and one in the UK – theory being to widen my market by taking on both types of audience. The one in the US happened to be the competition organisers for the Writers on the Storm. It came back – PASS! …No surprise really, and the UK jury came back in similar fashion. Any other industry and PASS would be a success. A PASS would have been great instead of the three FAILS I got trying to get my English O’level (yes – I am of that certain age, read GCSE if it is easier for you).

Two PASSes it was, but with some good feedback – even suggesting there might be something in the story! So, discarding half of the feedback and taking the other half on-board, I re-drafted the REALITY PRINCIPLE and threw it back at the Writers on the Storm. Yay! Result – CONSIDER and a place as a quarter-finalist in their comp. Small, but it was a PLACE!

So, London SWF 2011? …No Idea where I found out about it, but I did and I duly bought my ticket. But what are these Script Lab things anyway? No idea – but in at the deep end. JUMP!

I liked the sound of Linda Aronson’s non-linear script lab – so I applied, sending off my Reality Principle – ‘coz it had lots of flashbacks and, really, Blake Snyder says nothing about structuring flashbacks in movies, now does he? I was, of course, delighted that the lovely people at LondonSWF selected me as one of the six Linda Aronson “Lab Rats”!

Haven’t we been in some other story?

It was a great LSF – I met loads of lovely interesting folk, who all talked the same language – STORY! …Well, it beats the average conversation in the village pub.

And Linda Aronson’s script lab? …Fantastic! I enjoyed it and her session so much, I signed up to do her longer course in the summer this year. I have since gone back to the Reality Principle armed with Linda’s book, Blake’s book and my notes and ideas from Linda’s lab. And I edited! The Reality Principle became DARK CONSCIENCE and lost 5-pages. Much more polished. 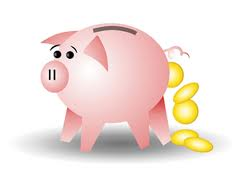 Being the keen, observant individual I am, watching £24.00 a month slip quietly but steadily out of my bank account – I realised London SWF 2012 was coming round the corner to meet me! …My second of the three Festivals since it launched in 2009. Another two out of three; but I was ready! …I had a plan. I had my novel! 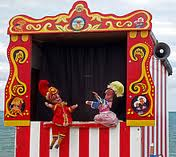 After pitching my novel at LSF2011 (because I didn’t have another screenplay when a new producer friend said he wasn’t really into psycho-thrillers), I had spent some of the time since the LSF2011 developing my second feature – an adaptation! Pleased as Punch, I now had a  portfolio of work and I was starting to think I could call myself a screenwriter.

Great news! LSF2012 was to run nine script labs this year – wow, such choice!! Soooo many Lab Rats! …Ooops! …Too much choice and I only had two pieces of developed work and… Oh! …there’s only two labs in the spec feature bracket! I don’t have any shorts, or TV ideas (yet). Oh, well. Never mind. Two times two equals four (I think) … 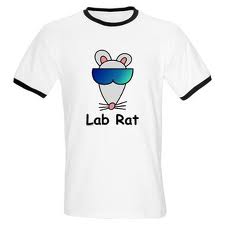 I get to make four applications; four chances to win another chance of being a Lab Rat. (There really should be a t-shirt for us – Chris?) …And… what’s this Hollywood one about? Sounds cool! …But didn’t my cabin-in-the-woods thriller Reality Principle/Dark Conscience earn the comment from a U.S. reader that it’s a bit “art house”? …So, not much hope for Hollywood then?

Never mind. Apply anyway – didn’t someone tell me it’s not the winning or loosing, but playing the game that matters? Or was it “you’ve got to be in it to win it”? Entries away – tally ho!!

Three out of three

And wow! Result, the lovely Lucy V, who was organising the Script Lab competitions, came back with the various jury results; I made the cut, on both my choices of lab, and with different screenplays. That makes three script labs out of the three I have applied for over the two out of three festivals I have now attended. I’ve signed up already for next year – it really is great value. Where else is there so much opportunity for so many in such a small space in time? I can hardly wait to see what labs are running in 2013!!

On the second day of the Festival Stephen May of the Screen Arts Institute (…catch Stephen’s blog here…) gave eight of us Lab Rats a fantastic antidote to the doom and gloom of the Writer’s Agents’ proclamations from earlier that day.

Really, some of those Agent’s should hear themselves talk; or take lessons in motivational speaking. Then, after splitting into two smaller groups, I and three other lucky Lab Rats pitched our stories to Stephen and each other, receiving some great feedback which, in my case, certainly got me to look at the emotional core of my story. The emotional spine is an area of weakness I was conscious of, but I didn’t know quite how to address it – to make it more explicit. With all that talent around the table, “group think” certainly worked for me. Really, the opportunity to be with Stephen for three hours on a Saturday afternoon, with his knowledge and insight, not to mention his link to Ealing Studios, was one that I shall ever be thankful for. Nice one Stephen, Lucy and LSF!! 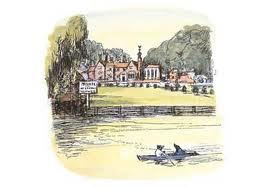 Then, on the Sunday, after listening again to my favourite exponent of non-linear story-telling, Linda Aronson, I entered the “Dragon’s Den” of Luke Ryan – feeling no bigger than Ratty in Wind and the Willows as he looks up at Toad Hall for the first time!

No fear. Luke is a great guy: open and approachable …and very knowledgeable. I had also sat in on his talk about transmedia story telling (here’s a good interview as a taste of the concept). This was another occasion where we all pitched our movies to each other, with Luke and the others providing feedback. We all gained from the experience of a fresh “Hollywood” perspective on our work. I believe you can never have enough feedback, but that you must listen to it well and use it intelligently.

As a Dragon’s Den, Luke had given each of us Lab Rats some “money” to invest in the movie ideas we thought best. The upshot was that my fellow ‘Rats’ “investments” in my script had put me in second place. It was my good fortune that when Luke exercised his casting vote, my “art house” thriller seemed to have acquired a Hollywood dimension that gave it an edge, with Luke selecting it as the overall winner. Nice one Luke, Lucy and LSF!!

Luck? …Maybe. My fellow Labs Rats were all extremely talented, and mostly better at pitching than I was. Did I have any advantage? I am not sure. But, in pitching to Luke I had made sure I attended his sessions. I knew, when I was pitching to him in that room that he is passionate about not just the stories we write, but the about the potential of the worlds in which those stories sit. As I pitched to Luke and my fellow Lab Rats, I aimed to pitch the world and let the story evolve, knowing exactly who my audience was and exactly what reaction I wanted from him.

Three out of three Script Lab wins is a result for me. And, as I yesterday watched the first of a new monthly £24 per month slip out of my bank account, I have set my self a huge challenge. I need another feature for next year; something that I can proudly tout around LSF, in the company of, I know, many, many extraordinarily talented people. And maybe win another Script Lab place. 😉