I’m dying, well that’s what I’ve been told. How has my life come to this: death, betrayal, friendship, love? Yes, love. I know it’s there somewhere, but I’m struggling to make sense of things. How can I, Oliver Beaton-Court, be here in this cabin, looking at my dead wife and holding an axe… Maybe Tom can give me the answers I need, or maybe there are no answers… 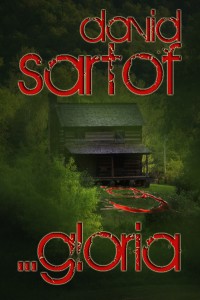 ‘Mercy? You? You’ve got to be kidding me.’ Oliver Beaton-Court, thirty-six, failed lawyer, frustrated musician and now would be murderer, was thinking clearly now – more clearly than he had done so for some time. Unexplainably, he rocked back on his feet – his eyes tight shut. Recovering – ‘OK ,’ he said, after a little while.
‘Pardon?’ snapped the man before him, whose name Oliver still did not know. The man was nothing if not defiant.
Such arrogance – he would have made a good lawyer. One far better than I would have been, thought Oliver. ‘You heard me,’ said Oliver, speaking more slowly now, with deliberation and not a little menace. His voice sounded low, calm and measured. It was a voice he had used with great effect in the past, when he had occasion to chastise his beloved wife, Becky.
Oliver looked back over his shoulder. She was still there – Becky. He rocked again, suddenly. A blinding flash overpowered his vision. Blackness and pain followed immediately. But the spasm passed with the same speed that it had struck him. They were coming more regularly now.

As of February 2013, Gloria is No2 on the Most Downloaded Psychological Thriller list on the Smashwords e-publishing site, and is the highest-rated, most downloaded short suspense/thriller story. Here is what one reader had to say …”Packed into this short story is a unique plot with a great little twist and an incredibly well developed main character. The writing took me right into the mind of Oliver, the main character. Loved it!” Read more and download your copy at Smashwords

An imprisoned actress tells her visitor how, when her one-woman show bombs and her director-husband suffers a tragic accident, she has only two performances left to turn the show into a success and save her sanity and her life. …A contemporary short story inspired by a character from Chekov’s writings on theatre. 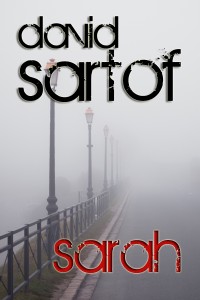 I recall an overly-efficient, officious prison officer ushering me into interview room three; I recall the sounds of iron doors and grills clanking, keys jangling – all these sounds and more resonated within my ears, drums pounding with each clash of their discordant, metallic rhythm.
I wondered – taking my place in front of Sarah Devine, murderess, the two of us sitting opposite each other, across the expanse of the solitary, wide table – why it was, in the three years she had already served of her sentence, I appeared to be the first person to have visited her. Between us, on the table top, lay a long, thin legal-sized envelope. I saw it bore her name: Ms S. Devine.
I sat then, as now, pen poised over my notebook – scratching words as eagerly as they flowed. This is the story she told me – her story, her words – as faithfully as I can recall them from our meeting earlier today, from memory and from my meagre notes.